My favorite Hungarian Lecsó with egg (without meat)

The Hungarian yellow wax pepper and tomato stew (Hungarian: Lecsó) is quick, easy and very delicious. It is not the ratatouille. 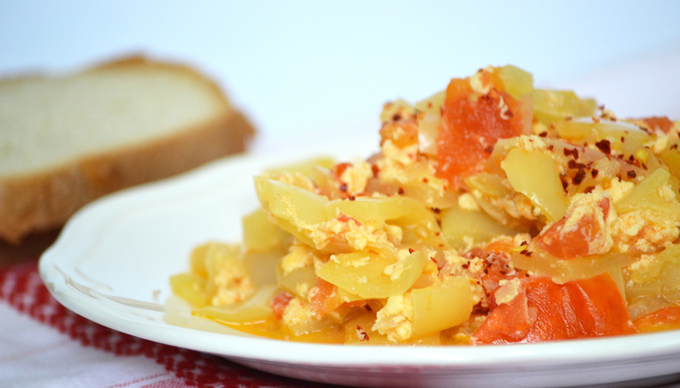 Hungarians love to think of Lecsó as their own national food, because they love the Lecsó. (Me too.)

The Lecsó is sometimes called “Hungarian ratatouille”. But it is wrong. In the summer I cook Lecsó with zucchini (courgettes), but it is just a one of the many variations.

If talking about Lecsó (Hungarian yellow pepper and tomato stew), the word of authentic and traditional are undefined. My parents cook the Lecsó with sausage and they eat it with rice. Some recipes use bacon, garlic and sweet Hungarian paprika powder.

The Lecsó is a complete dish without meat for me. I like it hot with egg and a big chunk of fresh bread.

In Hungary the Hungarian yellow wax pepper is called “fehér paprika” (white pepper) or “TV paprika” (TV pepper). The TV (Tölteni Való) means “for stuffed”. We use also this pepper for the Hungarian stuffed pepper.

My grandfather always put a hot green pepper in his Lecsó. I like also the hot Lecsó, I sprinkle the Lecsó wiht crushed chili (or fresh jalapeno). 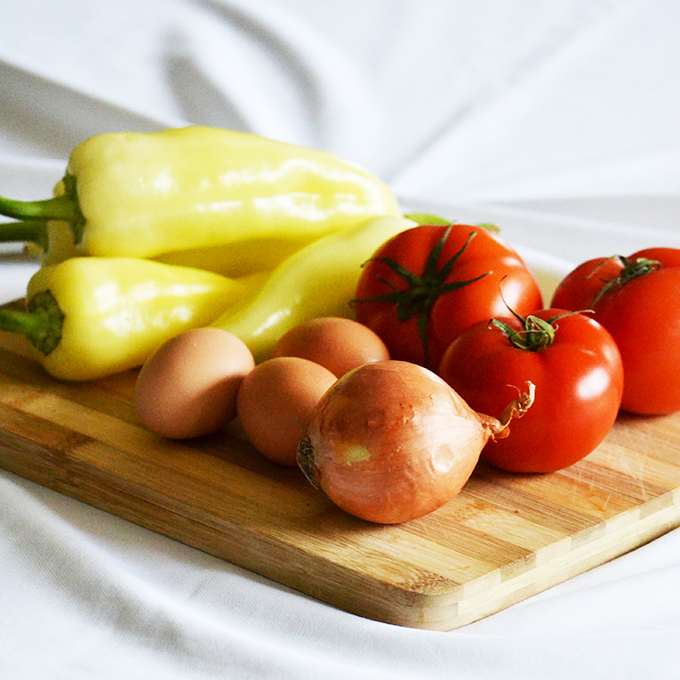 Heat the oil in a large pan and add the diced onion and a pinch of salt. Cook slowly until the onions are clear and glassy.

Add the diced Hungarian wax peppers, the diced tomatos and a big pinch of salt. Mix the ingredients, cover the pan and cook for about 20 minutes.

Scramble the eggs and add the eggs to Lecsó. Cook for about 2 more minutes.

If you want sprinkle it with crushed chili or fresh jalapeno. Eat the Lecsó with fresh bread. 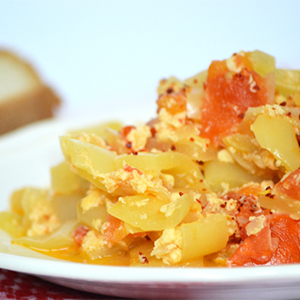